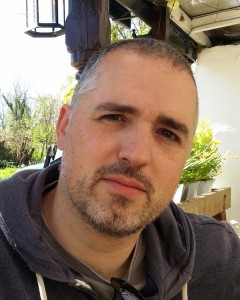 I first got into writing around the age of 11, at Barfield Prep School for Boys. The headmaster taught us English and encouraged us to write a short story every week. It was suggested at the time that I might be a writer, but I wanted to be a vet.

At present, I’m mostly a music teacher, having founded the Hall Music Studio in 1994 – a big name for what is actually just me teaching in my garden office! I also work occasionally as a sound technician for an audio visual company.

And I write. I have had several books published by CWR, a Christian book publisher. For my other books, I decided to set up my own publishing label, naming it after a fictional city below London, called Lundarien. Hence the Lundarien Press.

Check out my books here.

Phin lives in Hampshire, UK, with his wife, Marie, and their children David, Jonathan, Josiah and Elisha. Their home on a residential housing estate also doubles up as a microholding, which is basically a shrunk down version of a smallholding. Sometimes there are pigs on the driveway!