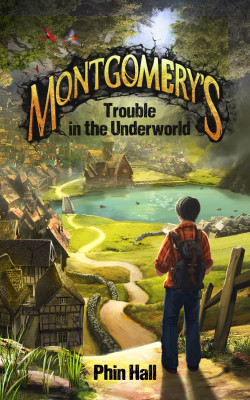 Montgomery’s Trouble in the Underworld

Thirteen-year-old Montgomery does not believe in magic. But then, he'd have said people don't live hundreds of metres below London, yet here they are! And in the Underworld city of Lundarien they have eight kinds of magic - the 'Magic Circles'

About the Book
Thirteen-year-old Montgomery does not believe in magic. But then, he’d have said people don’t live hundreds of metres below London, yet here they are! And in the Underworld city of Lundarien they have eight kinds of magic – the ‘Magic Circles’.

Here Montgomery meets Jarfin and others, who show him around the vast city caverns and even take him hunting in the Hanging Forest, and he soon feels more at home in the Underworld than back in his apartment on the Surface.

But all is not well in Lundarien, what with the kidnappings, the stampeding monsters and the dark forces lurking in the Labyrinth, and Montgomery finds himself drawn into defending the city and his new friends against an evil tyrant, while unearthing his own magical heritage.

About the Author
Phin Hall

Author of novels for children and adults, and a number of Christian books

Other Published Works in "The Omnifex Chronicles" 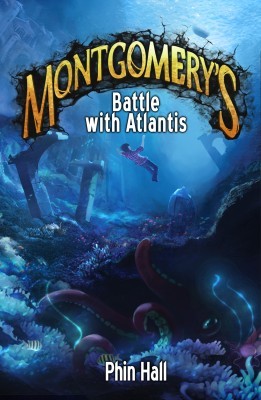 Montgomery's Battle With Atlantis
Look Inside
Disclosure of Material Connection: Some of the links in the page above are "affiliate links." This means if you click on the link and purchase the item, I will receive an affiliate commission. I am disclosing this in accordance with the Federal Trade Commission's 16 CFR, Part 255: "Guides Concerning the Use of Endorsements and Testimonials in Advertising."